“Preaching the Gospel in the Regions Beyond” 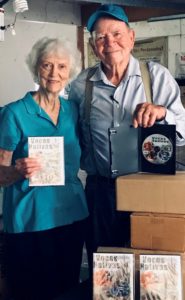 Seventy-one years ago, I first heard the name Evangelist Lester Roloff. A group of us country boys were playing sandlot baseball on a Sunday afternoon in Riviera, Texas (south of Corpus Christi). Someone had mistakenly left the radio on in a nearby pickup truck. “This is station KWBU in Corpus Christi, Texas, and The Family Altar Program with Evangelist Lester Roloff.” Then a voice began singing, “One sat alone beside the highway begging, …Then Jesus came and set the captive free!” And somebody yelled, “Turn that radio off! Nobody wants to hear that loud-mouthed preacher!” How wrong we were!

When I returned home on furlough from the Air Force, I found a group of young people who had been praying for my salvation. God had lit a fire of revival in many hearts and homes across America. He was using the preaching of Evangelist Lester Roloff to renew Bible hope in the nation. In the midst of that revival (Sunday April 21st, 1949), I received Jesus Christ as my Lord and Savior. Then I remembered the preacher who interrupted my life by singing: “Jesus came and set the captive free!” A few days after that, I met Brother Roloff personally and heard him preach, “The Just Shall Live By Faith” (Romans 1:17). I was only a nineteen year-old soldier boy, but I knew I had found what living was all about!

Betty Sue and I listened to Brother Roloff preach that “He is a rewarder of them that diligently seek Him.” We witnessed the evidence of Bible faith in his life. We chose to walk in his footsteps of faith, and we found that path to be the substance for every step and every stop in our journey. Brother Roloff ’s example of victory can be a pattern for all who want to live by faith. He always said of Hebrews chapter 11, “I see in every verse a bottomless well of God’s promises that never runs dry.” He also said, “I cannot give you faith. It is the fruit of the Holy Spirit in the child of God who chooses to hear, to believe, and to obey the Word of God.” We thank God that the Family Altar Program continues to broadcast the uncompromising message of hope to this generation. At eight-six years of age, Betty Sue and I want to give our testimony to the faithfulness of our Lord and to the result of living by His Word. Our witness is based on the sixty-six years of missionary experiences. By His grace, He has allowed us to give the Gospel message to millions, to establish many New Testament Churches, and to train hundreds of faithful leaders for Christ in Peru, South America, and Mexico.

Now we can report today that our opportunities are expanding! Eight hundred volunteer sowers are now helping us put the Word of God into the hands of thousands each day. Our teams are giving a personal Gospel witness in the huge flea markets on our southern border and throughout Mexico. 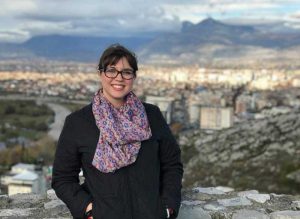 Albania is a small country in the Western Balkans. When Paul wrote Romans 15:19, “so that from Jerusalem, and round about unto Illyricum, I have fully preached the gospel of Christ,” he was referencing this very area, the land of the ancient Illyrians, or Albanians. And the next two verses are beautiful, strong, missional verses, “Yea, so have I strived to preach the gospel, not where Christ was named, lest I should build upon another man’s foundation: But as it is written, To whom He was not spoken of, they shall see: and they that have not heard shall understand.”

For centuries, Albania was a land in which He (Christ) was not spoken of. The Ottoman Empire forced the spread of Islam throughout the area for 500 years. Then in 1944, a communist dictator isolated the country from foreign influence and destroyed all religious literature. The churches and mosques were torn down, and the memories of religious freedom were replaced by the communist narrative. Then in 1967, in an unparalleled show of power, Albania was declared the first and only official atheist state. Only God knows the state of His church during that time, but when communism fell, less than a dozen elderly believers were found in the country. There were no churches.

With the fall of Communism in 1991, the country opened 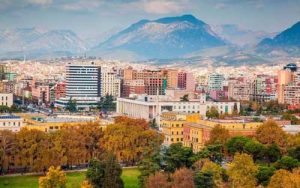 up, missionaries flooded in, and wave after wave of people accepted the Gospel. It was a unique time. People were hungry to know God, and many churches were planted. I am working with a network of national churches which are the result of that evangelistic effort. In spite of incredible growth, still only 0.3% of Albanians claim to be born again, and many areas remain unreached. Our desire is to make disciples of Jesus Christ who serve as responsible members of the local church and take part in God’s mission for the world. I’m specifically working with a newer church plant in an area known for poverty and Islam. Here I am able to serve in the children and youth ministries, college outreach, and discipling programs.

One of the most effective ministries in reaching Albanians for Christ is teaching English as a second language. Through ESL, I am is able to work with four national churches to facilitate evangelistic programs that are reaching college students and young adults with the Gospel. Because English is so highly sought after, the evangelistic teams from the local churches are able to connect with students from various communities that would otherwise never come into contact with the church. I’m grateful to the Roloff Evangelistic Enterprises for their support and prayers, making many of my ministries possible. Would you join me in praying for continued open doors and hearts that are tender to God’s working?